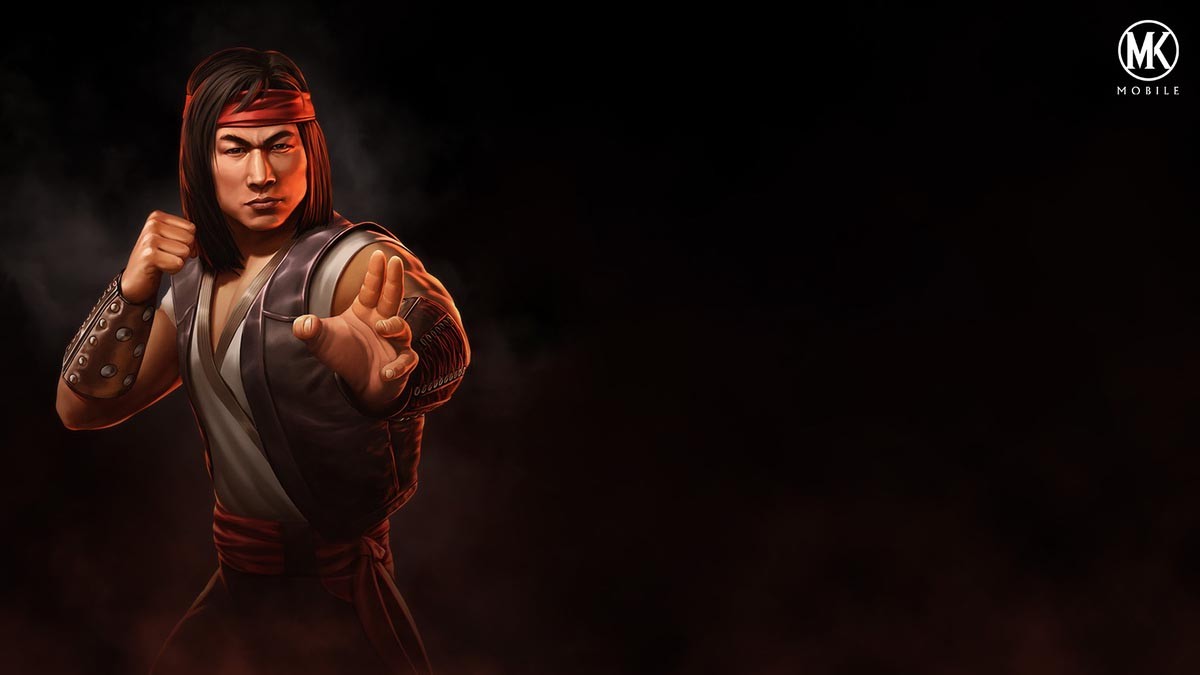 Stay tuned for the next week Challenges on MK Mobile 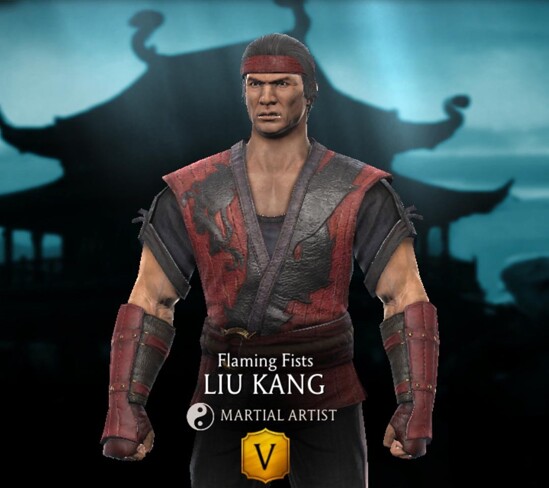 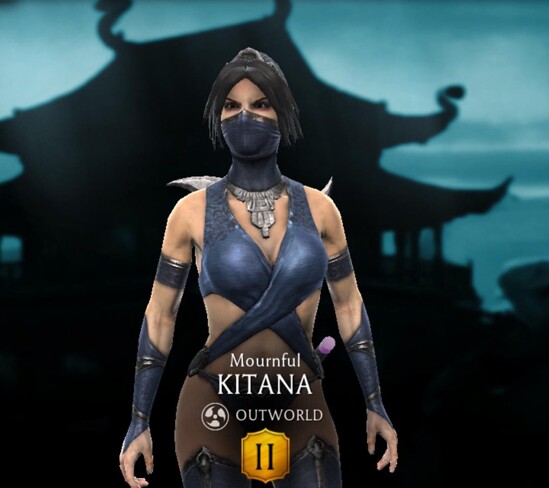 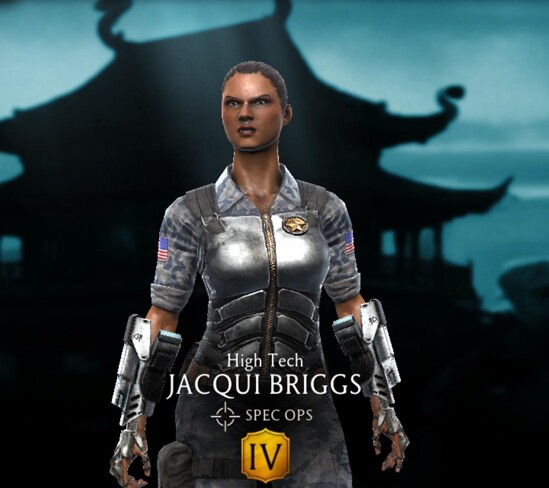 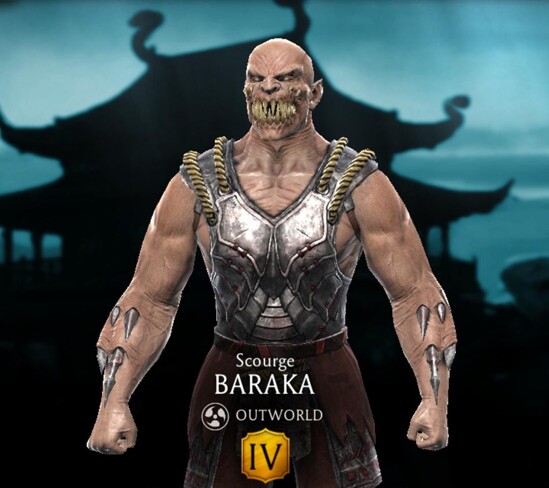 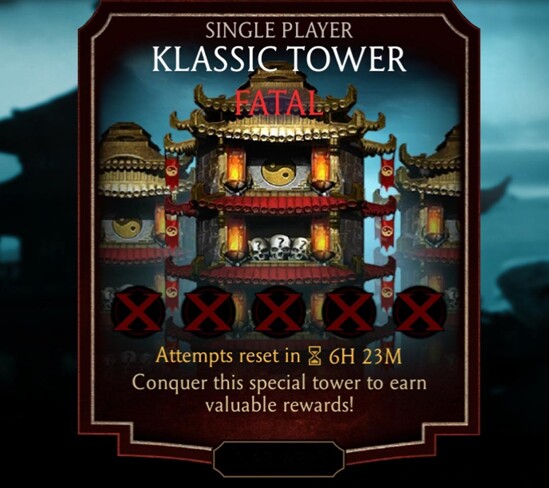 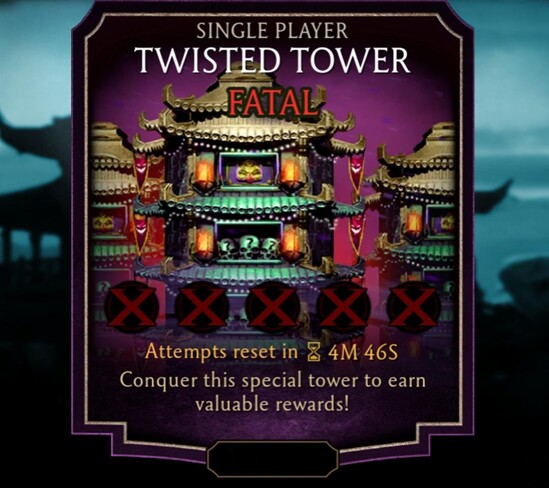 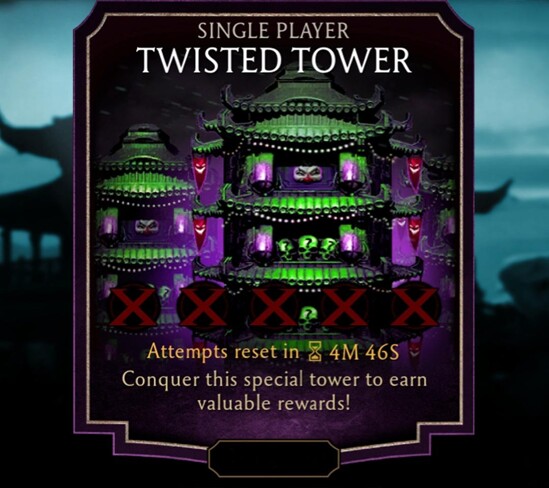 The Event Towers in Mortal Kombat mobile are special, limited-time-only.

It's important to remember that playing in those towers is a must, even if you lose and can't move forward. Whilst winning a battle might reward you with an exclusive piece of equipment or maybe even a diamond character card, the rewards from losing a fight can be very beneficial for you, too.

The towers are usually split into 2 difficulties: Normal and Fatal. Each tower consists of 200 battles. The normal tower has boss battles from the 10th onward every 20 battles, as well as on the last battle 200. The fatal towers have a boss battle from the 20th onward, every 20 battles (20th, 40th, 60th, etc…).

You will get 5 battle attempts every 12 hours and you can refresh your attempts with the cost of 50 Souls (maximum of 15 attempts per round or 30 per day).

You have timers showing you the time remaining until the next refresh as well as the time when the tower event will end. You can use it to better use your souls. 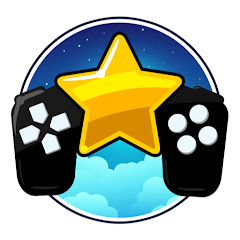 Hey there, welcome to my channel! I upload videos every day! Our 3 main games are Shadow Fight 3, Mo 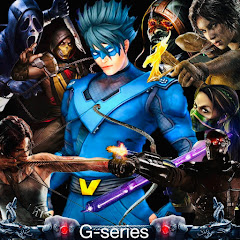 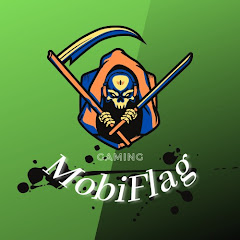 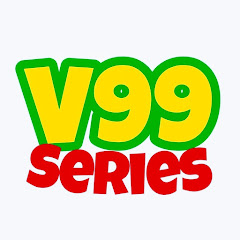 How to get souls with coins?

If you are just starting the game this post is probably not going to help you, as you won't have that many souls, however, if you've been playing the game for more than a year, all of your support cards must be maxed out, as well as your rare equipment, meaning that there is no place for you to spend all the coins you accumulate every day.

Unfortunately, there is no option in the Mortal Kombat Mobile store which lets you buy souls with your coins. However, there is a way that can allow you to gain some souls with the help of your coins.

A lot of people stop doing challenges, once they max out the character. Well, I don't. I try and complete every challenge on all difficulties, but I only fight on auto and on the last 2 towers of each difficulty. For the rest of the towers, or at least for those matches that can be skipped with coins, I do (skip the matches using coins). That way, completing a challenge on all difficulties can be done in less than 1h, without you even actually playing (as you can use auto) and it can get you more than 500 souls, counting all the re-sells you will do if you have that given challenge character maxed out.

How to get souls and where to spend them?

The challenges are the second more efficient way to get souls. You get souls as rewards afters some battles on tower 4 and tower 5 on Normal and hard difficulties plus the rewards when you complete each tower. Completing all towers on all difficulties can get you over 400 souls.

Watching videos can get you 25 souls per day.

Fighting in Faction Wars is always a good idea, apart from Souls you can also get other great rewards, such as Rare Equipment, Gold and even Diamond characters.

The special towers events, like the Edenian Towers, do random drops, including souls even if you lose. You can get from 5 to around 70 souls as a reward for giving it a try ?.

You can also get some souls when you complete a tower in Battle Mode for the first time. It isn't so great, as it's mostly 3 souls, but we have to mention it.

Fighting in Shao Kahn's Tower is a must, not so much for the souls as they aren't that many and only after some particular battles, but because of the talent points and the chance to resurrect Shao Kahn.

You can also get souls when you complete an offer. This is the last one on the list, as it is the most difficult one and the number of souls you get, just doesn't pay off so much.

Collection of souls is one thing, but spending them is something else. There was a time when players had a chance to spend their souls on a discounted Souls pack, which would be available on a Bank holiday, Mortal Kombat anniversary or a Black Friday event, but it seems like things have changed and unfortunately for all those players who do not wish to spend real money, there haven't been such discounted packs lately. Instead, we have constant access to the MK11 pack and Skarlet MK11 pack, which comes for 375 and 400 souls respectively.

Our suggestion is, that you can still collect souls until you have at least 2-3k and then buy the MK11 pack. This pack is probably the most valuable one, as it gives you an 18% chance to get a diamond character and it is only limited to 3 characters, meaning that you can max out those characters relatively fast.

We've tested the MK11 Skarlet pack and can confirm that it is much more difficult to get a diamond card with only a 10% chance between the 3 characters.

How to get Caro's Guidance Epic Equipment on MK mobile

Caro's Guidance Epic Equipment can only be obtained from quests. The best quests for it are the 1 day quests, so if you really want it, just spend some time doing 1-day quests until you get it maxed out. It will be worth it as it will save you a lot of time and at the same time will give you better chance for success and probably better rewards when it's maxed out.

Here are some of the quests you can try:

I got Caro's Guidance maxed out even before I unlocked tower 7. From then onward, it went pretty quick. 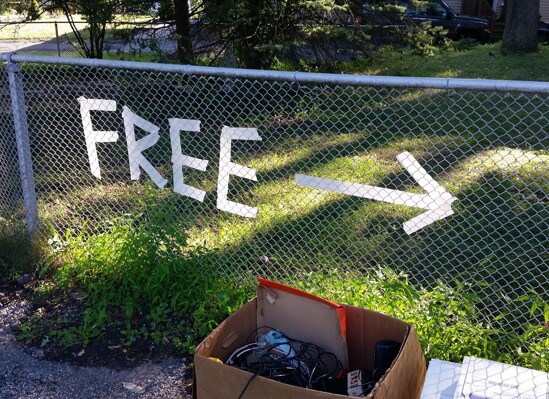 This is the first giveaway we feature on our site. Please, watch the video for the details of the giveaway. For those of you who didn't get where to send the guesses is to MAND's email address!

The Bronze characters are the weakest tier of characters in the game. They don't have any specific gear that can give them an advantage, apart from Johnny Cage - Ninja mime and they only have 2 bars of power, for 2 special attacks. Every new account starts off with them and possibly a single Silver character. As with every other game, you need to play your way through to get to the next tier. Meaning you will get a good team of silver or gold characters when you will probably have those starter characters levelled up so far. My personal favorite Bronze character is Johnny Cage - Ninja Mime. He might look funny, but he does a great job defeating other bronze characters in battle 😉.
Browse Bronze Characters

The Gold tier is the most popular in the game with almost 100 characters. It come after the Silver and before the Diamond tier. We like to divide the golden characters into Challenge (the ones your can collect after completing a challenge mode) and non-challenge. Generally the challenge gold characters are stronger, faster and look and feel better when you play with them, whist the non-challenge characters are really good for support when it comes to their passive abilities. There are some exeptions ofcourse. Cassie Cage - Covert Ops for example has really good attack and health stats as well as really good passive ability. I believe she is the best non-challenge character for the price (only 250 souls from the store).
Browse Gold Characters 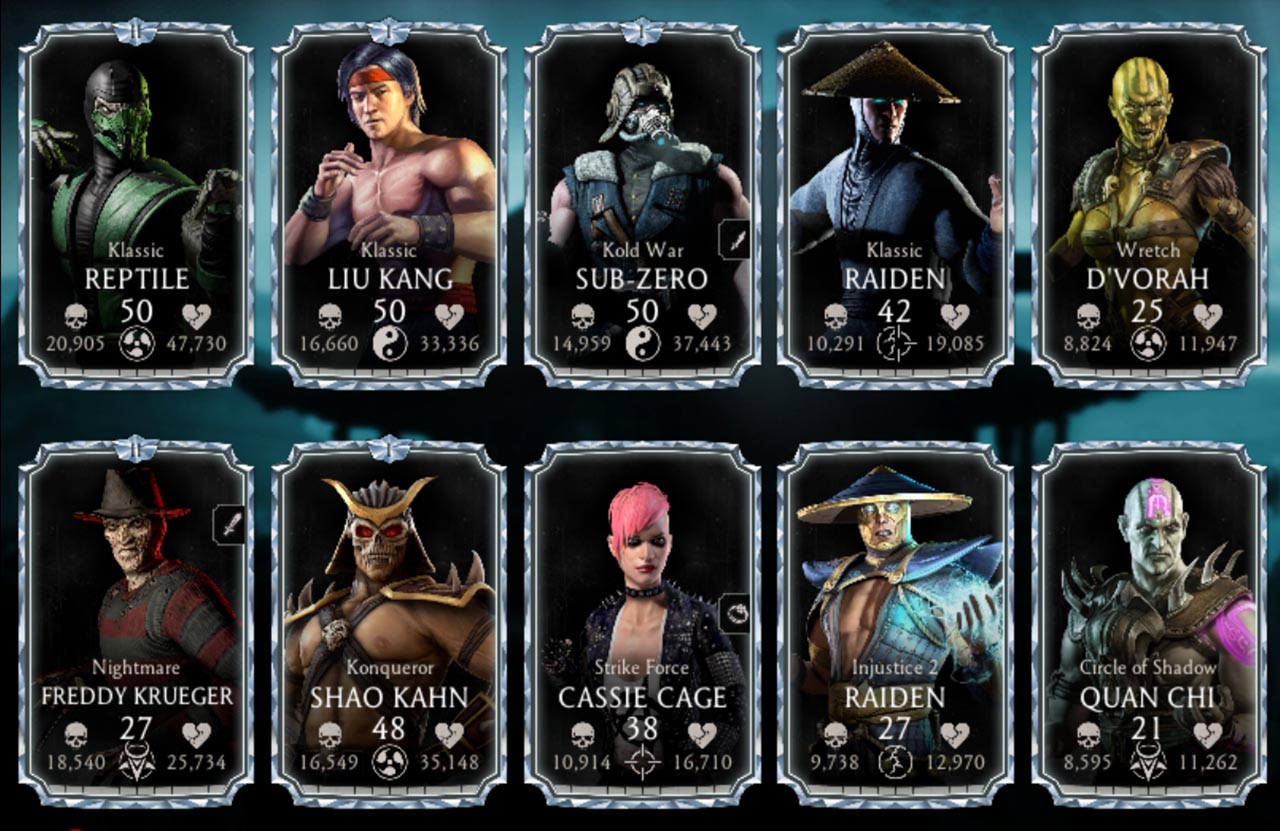 The diamond tier characters are the strongest and most difficult to obtain. There is no specific division as with the gold challenge and non-challenge, however, there are specific groups of diamond characters which are good against another group of diamond characters (eg. Circle of Shadow characters do 10% more damage versus Strike Force characters). It's best if you have 3 of those group of characters to be teamed up, as their passive ability usually complements each other. The other main difference between the bronze, silver, gold characters and the diamond is the number of slots for equipment. whilst the first three have only 3 slots, the diamond characters have 4, giving them a bigger advantage. Most players 1st diamond character ever is either Klassic Reptile or Shao Kahn - Konqueror.
Browse Diamond Characters
Browse all characters

There are 4 tiers of equipment in Mortal Kombat Mobile: Common, Uncommon, Rare & Epic

The common equipment is the base tier of equipment in MK mobile. It gives you a single buff, such as basic attack damage boost, recovery boost, toughness boost, max health boost, etc. It can be easily obtained from the Equipment pack in the store, quests or as a reward from a won/lost battle in the tower events.
All Common Equipment

The epic equipment is the fourth and most powerful tier of equipment in MK mobile. It gives you 3 to 5 buffs, depending on the fusion and if it is a tower equipment or not. The epic equipment can also be a specific one, for a character, as it might be a set, formed together with a Rare equipment, which will give a certain character the ability to perform a brutality. Currently, there is only one epic equipment that can be obtained from the store - the Wrath Hammer. There are also 10 other Epic pieces of equipment, that are available on the Faction War store and can be obtained with blood rubies. The rest are really special epic pieces of equipment, as they can only be obtained when you complete a Fatal Tower event or if you purchase from the store with money 💰.
All Epic Equipment
All Equipment