Anger Management: Regen - Lizard Baraka doesn't react to opponent's Basic Combo attacks for 15 seconds after tag-in. In a fight, he passively generates power over time and receives 2% Damage boost each time he hits the opponent with an additional 1% Damage boost if the hit was critical. On tag-out Lizard Baraka loses Damage boost and gains Regeneration for 10 seconds. Active opponent's healing is reduced by 25% for each Lizard character in a team. Outworld teammates have 25% Critical hit Chance Boost.

Captain: Unblockable, Tag-out Attack, Assist, Cripple Immunity - On tag-in Kombat Cup Cassie Cage brands an active opponent as an Outsider for 20 sec. Any attack against the Outsider is unblockable with a 50% chance. When an Outsider tries to tag out, Cassie’s drone deals 30% damage to their current health. The drone doesn’t deal damage to Bosses.

Synergy: All Kombat Cup Characters on the team are immune to Cripple.

Mistress of Bojutsu: Immunity - Snare, Speed Boost, Blind - Klassic Jade has 80% chance to apply Blind on any Special Attack. Every time an opponent misses an attack, Klassic Jade gains 10% Speed increase for 15 seconds, stacking up to 50%.

Dark Raiden is a very special character in the game. He has a passive ability that we wish we have on each of our characters or at least part of it. He heals from DOTs as Fire, poison and bleed, he reverses the frostbite and gets more power instead of being power drained. Also, if he is confronted with Sonya Blade Kombat Cup, he instantly gets 3 bars of power instead of being tagged out. In addition, he also heals from any Dark Magic (often applied in Towers).

Now, it all sounds very nice, however, Dark Raiden is not invincible. There are many characters (eg Tremor - Aftershock) that can skip his passive, or just have better damage over Netherrealm characters in general and quickly defeat him, because of his low attack and health.

He is best teamed with Kenshi - Elder God and Shinnok - Vengeful.

Kenshi Elder God has the highest toughness among the gold characters. His passive works best when he fights together with other Elder God characters, as it will give his teammates a 20% critical hit chance on basic attacks and they will be immune to critical hits too, apart from gaining a bar of power when Kenshi defeats an opponent. I would team him up with Raiden - Dark (as an opener) and any other Elder God character. When it comes to equipment, I always give him his Sento Blade together with Vial of Infinite Blood and Shao Kahn's Helmet. This way, you can chain his basic attacks and get a pretty good chance of a critical hit on your opponents.

God of the Blade: Power Boost, Immunity - Critical, Critical Chance - When opponents are defeated by Kenshi's special attack, he and his teammates gain a bar of power. Elder God teammates are immune to critical attacks and have a +20% critical hit chance on basic attacks. 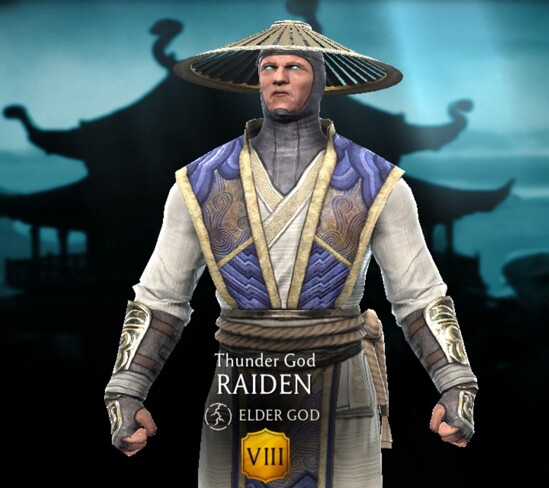 Raiden - Thunder God is good for a tag-in-tag-out character because of his passive. He can reduce his opponent's health and leave them powerless if one uses his special attack 2, giving your next character a great advantage. He moves swiftly and has pretty high toughness, making him quite durable.

He is a good pair with Kenshi - Elder God and Shinnok - Vengeful. 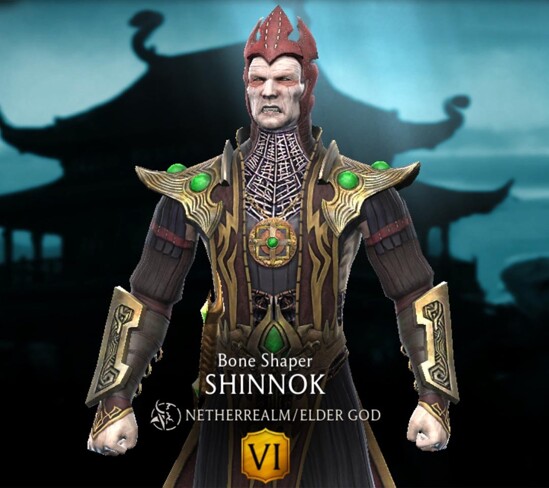 Bone Shaper Shinnok is best against characters who resurrect such as Jason Voorhees and Sub-Zero - Grandmaster or who can be resurrected, by Quan Chi - Warlock. He can be a fight opener because of his Special Attack 1 or the last runner because of his passive ability. 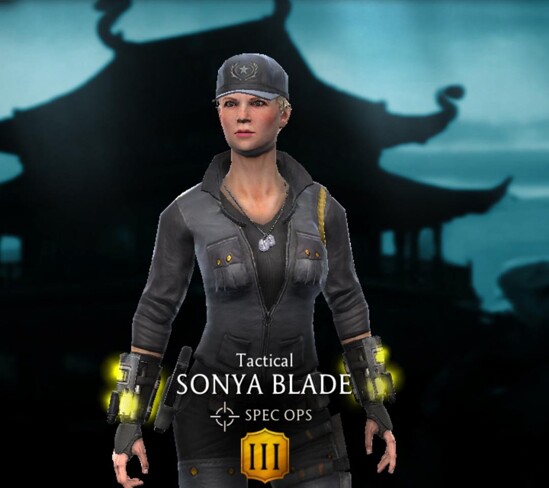 Sonya Blade Tactical is one of the less used Sonya Blade characters. Her passive varies, and you can't really control what will happen when you use it. Her stats aren't so great neither, which put her in the bottom of the characters list.

Kombat Cup Sonya has one of the best passive abilities of all gold characters. Apart from the immunity to Stung for all Kombat Cup characters (currently only Johnny Cage), she forces her opponent to tag out, he loses all power and cannon recover nor generates more power. This is really helpful when fighting in towers and your opponents have some generation or vampirism ability. Another particular character against which she is good is Liu Kang - Circle of Shadow.

Referee: Immunity - Stunm, Forced Tag-Out, Power Drain, Disable - All Kombat Cup characters on the team are immune to stun. The first time Sonya tags-in, she forces the opponent to tag-out and loses all power. That forced-out opponent has recovery and power generation disabled and cannot tag-in. Bosses are immune. 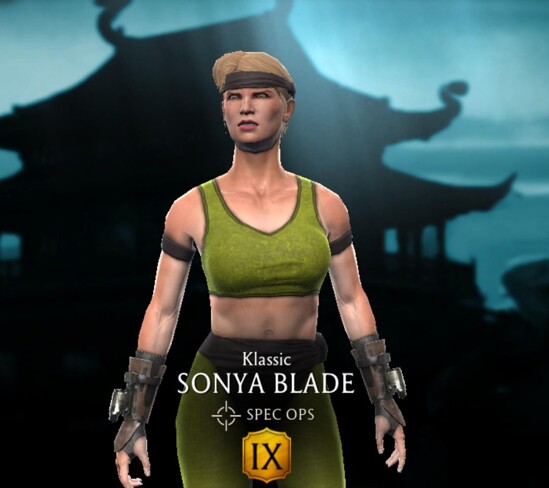 Klassic Sonya has a special attack that does damage to the entire enemy team. This is really useful when you have to fight against enraged enemies and you are able to snare one of them. She also breaks her opponent shield with the same Special Attack 1, which additionally reduces the resistance and increases your chance for a fatal blow hit. Because of her passive, she is best paired with Spec Ops characters, like Johnny Cage - Kombat Cup and/or Cassie Cage - Covert Ops

The Gold tier is the most popular in the game with almost 100 characters. It come after the Silver and before the Diamond tier. We like to divide the golden characters into Challenge (the ones your can collect after completing a challenge mode) and non-challenge. Generally the challenge gold characters are stronger, faster and look and feel better when you play with them, whist the non-challenge characters are really good for support when it comes to their passive abilities. There are some exeptions ofcourse. Cassie Cage - Covert Ops for example has really good attack and health stats as well as really good passive ability. I believe she is the best non-challenge character for the price (only 250 souls from the store).