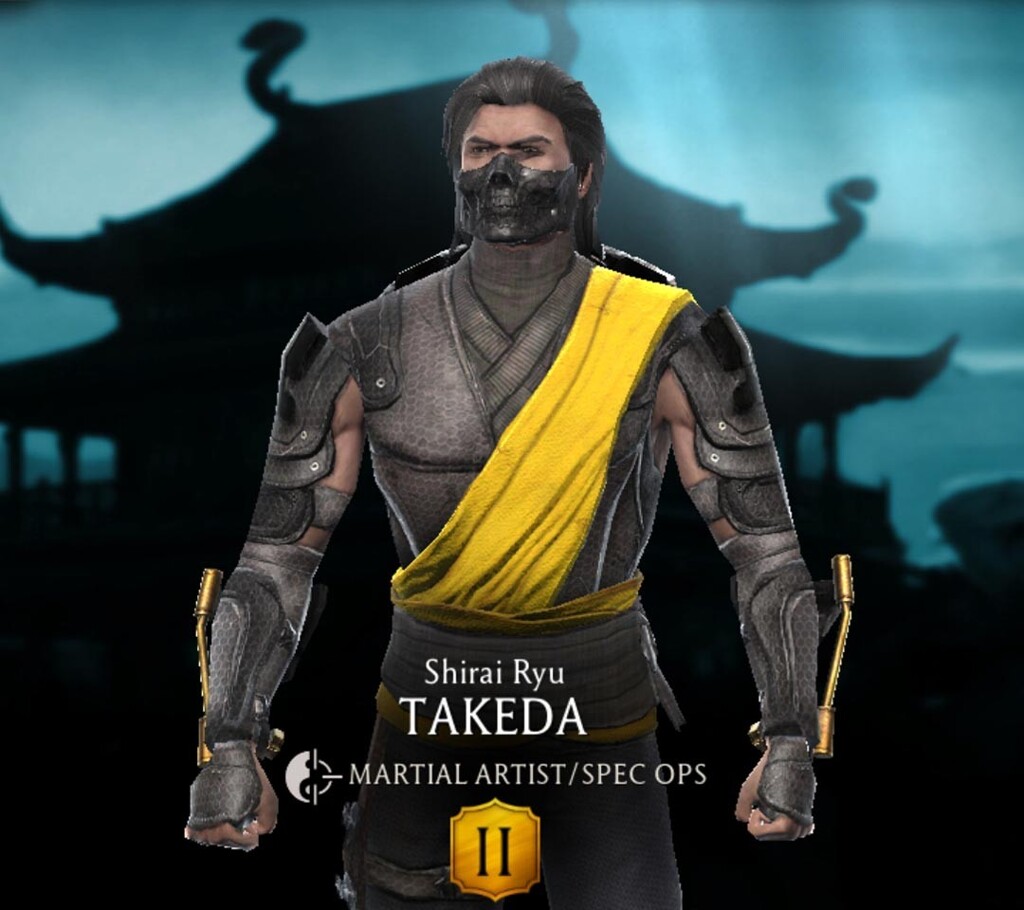 Takeda Shirai Ryu is great as an attacker as well as a supporting character. It's best if you block all attacks before hitting your opponents, because of his passive. It's also advisable to have him paired with characters that will benefit from his support and may give him some advantage too. We've seen him do great in teams with Cassie Cage - Covert Ops & Jaqui Briggs - Hight tech or with Scorpion - Ninjutsu & Sonya Blade - Demolition.

Sharp as a Whip: Counter Attack, Attack Boost, Health Boost, Critical damage - When Takeda successfully blocks any basic attack, there is a chance he counters. Kung Jin, Cassie Cage and Jacqui Briggs gain +30% damage, health and critical damage when on the same team. 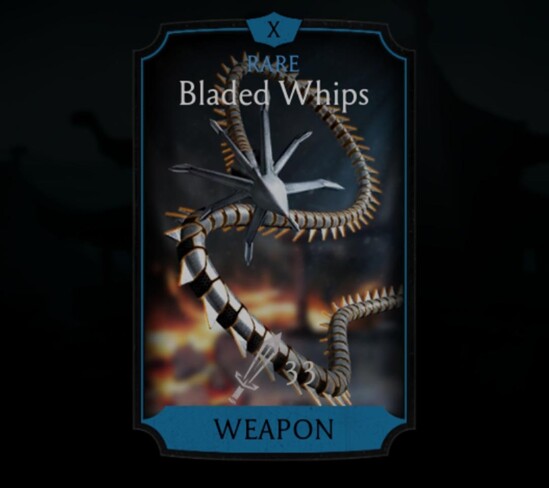 And here is a video review of Takeda - Shirai Ryu: