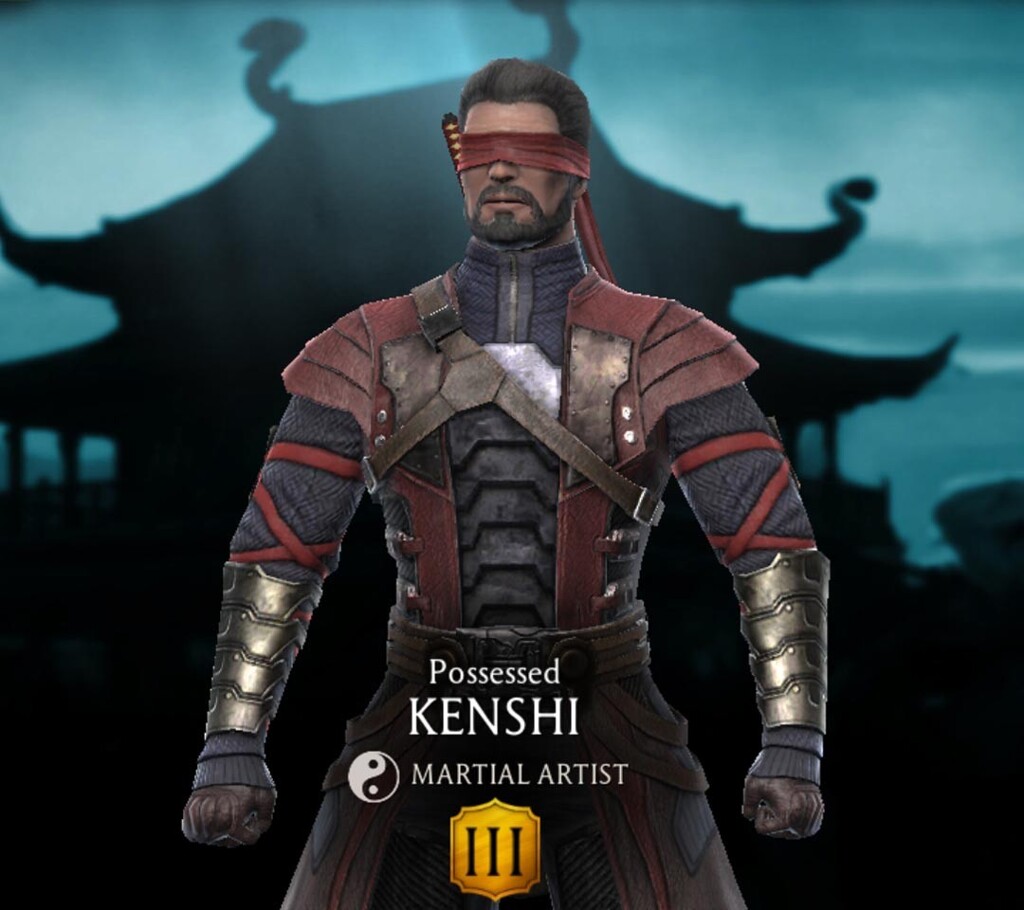 Kenshi Possessed is an offensive rather a supporting character. His passive the active opponent on fire and give him time do execute a special attack or even defeat/finish the opponent. He is often teamed with Scorpion - Ninjutsu and Sub-Zero - Cryomancer.

And here is a video review of Kenshi - Possessed: