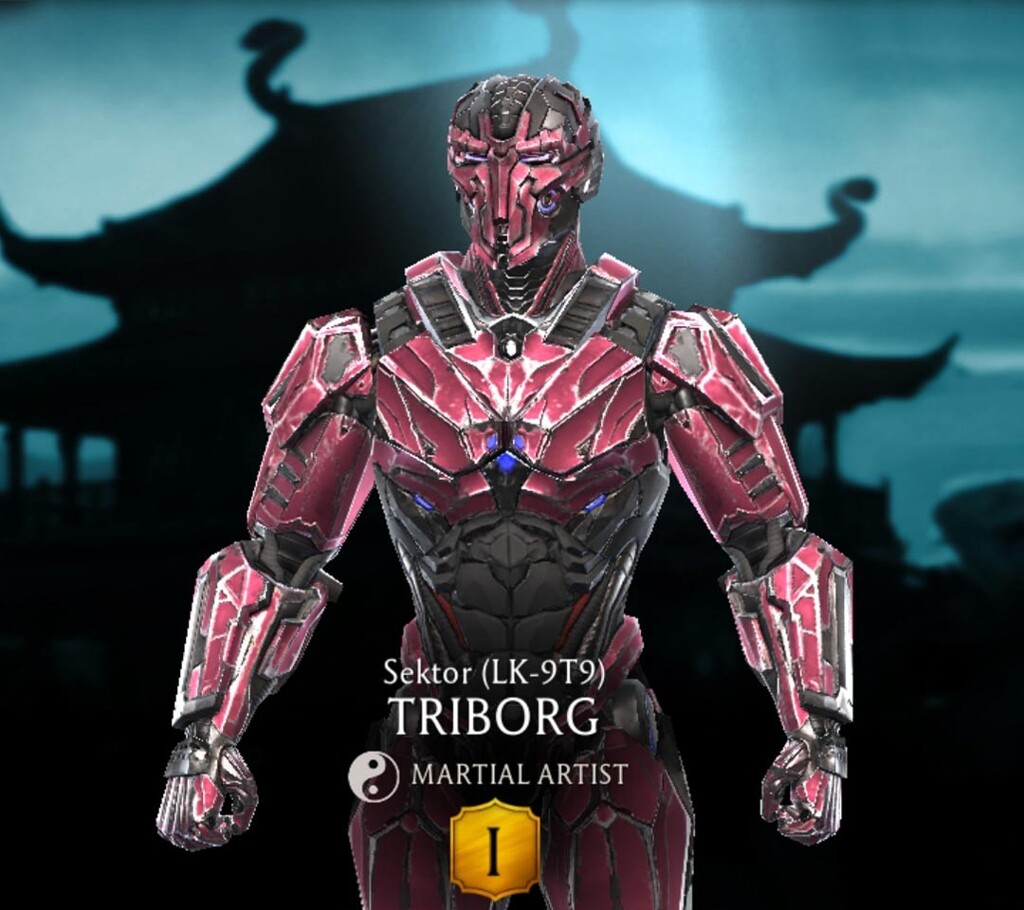 Triborg Sektor is best teamed with other Triborg characters as well as characters who have Fire as a debuff on their special attack such as Goro - Tiger Fury, Kano - Klassic, Shinnok - Vengeful. He is not good against characters who can heal from fire eg. Raiden - Dark, Liu Kang - Klassic or Jade - MK11