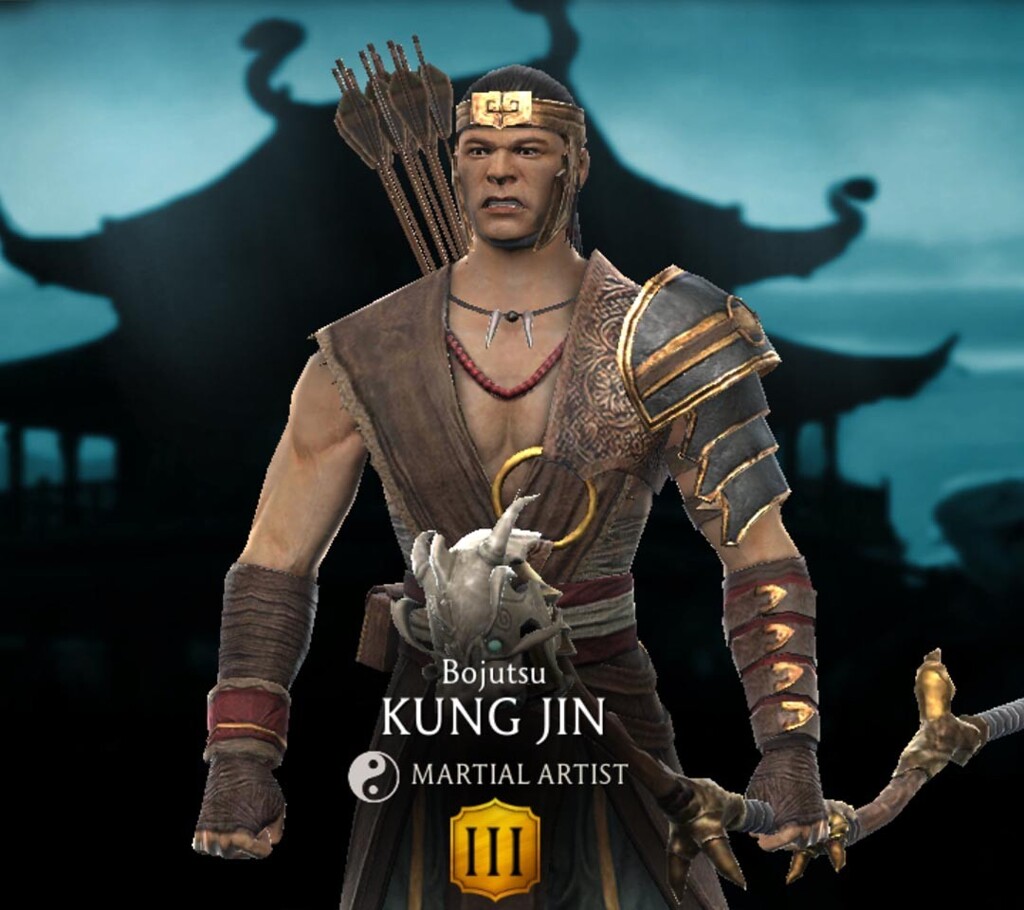 Kund Jin Bojutsu has a passive which seem incomplete as we don't really know how much power does he gain more than the other characters (as they all gain power). Also, there is a lot of gear which can go through his block and unfortunately, his health isn't that much neither. Apart from that, if you would like to make use of his passive, you can give him some gear that improves his block and also get his special attack at a lower cost, then he can execute special attack almost constantly and forget about his basic attack.

And here is a video review of Kung Jin - Bojutsu: