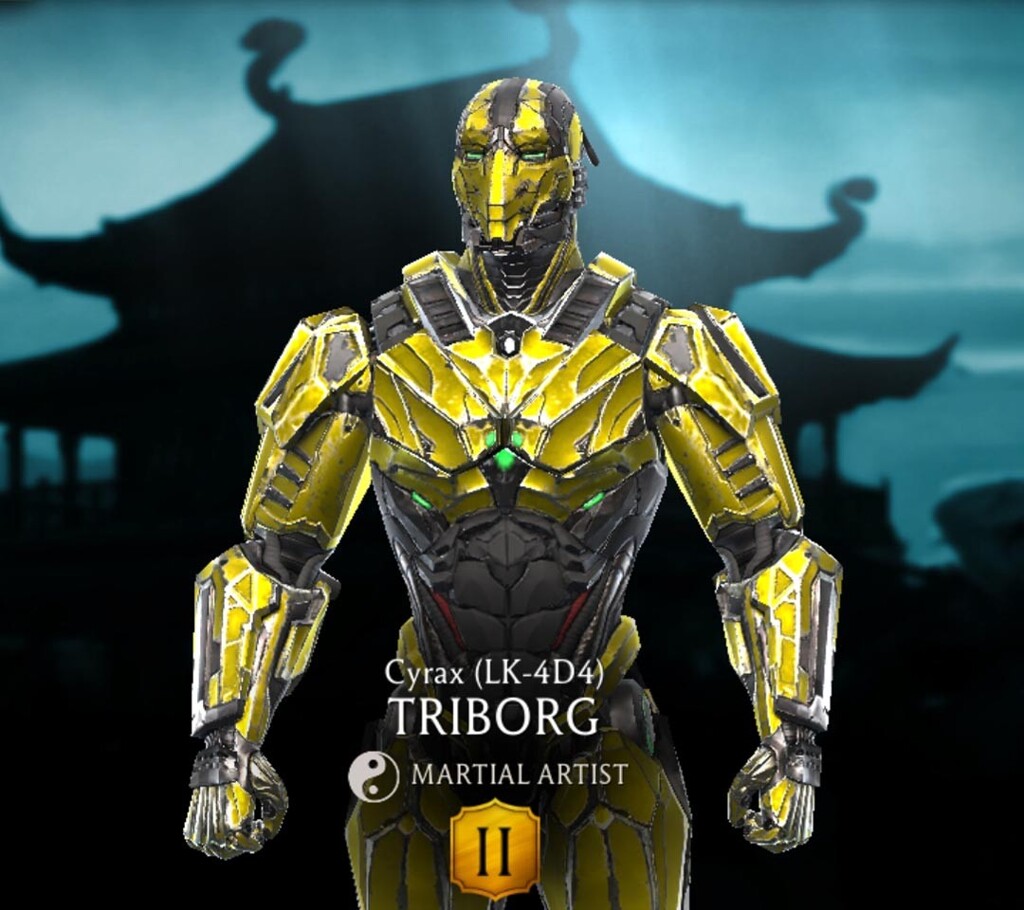 Triborg Cyrax is a great support character in any team and not just a Triborg team. Giving +50% damage can hugely increase the damage you do. He has one of the highest attacks among the gold characters, unfortunately, he is not as fast as others.

If teamed with Triborg character, it is known that spamming special attack 1 works best and although his SP1 isn't lethal, it can give the chance to either finish your opponent with a basic attack hit or tag-in another character and perform another special attack right away.