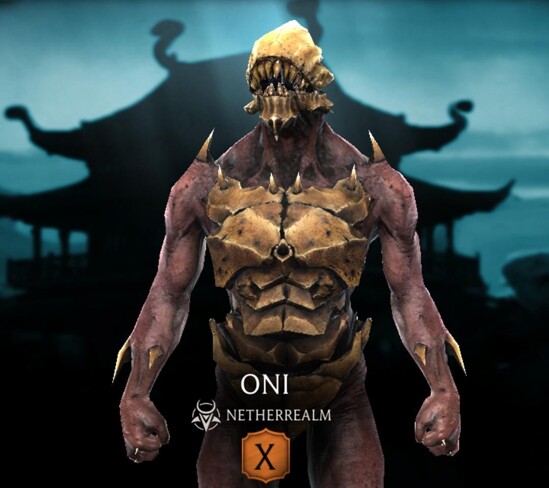 You need to be smart when you fight with Oni on your team. His passive ability works great only if he is not the last one of your characters and also if the opponent is the last one of his team. That way the opponent will lose a bar of power if he defeats Oni and he cannot tag out. Apart from that, Oni has one of the highest health and attack from the bronze characters.

Demonic Fury - Bonus Attack in percentage for all Oni characters

The Bronze characters are the weakest tier of characters in the game. They don't have any specific gear that can give them an advantage, apart from Johnny Cage - Ninja mime and they only have 2 bars of power, for 2 special attacks. Every new account starts off with them and possibly a single Silver character. As with every other game, you need to play your way through to get to the next tier. Meaning you will get a good team of silver or gold characters when you will probably have those starter characters levelled up so far. My personal favorite Bronze character is Johnny Cage - Ninja Mime. He might look funny, but he does a great job defeating other bronze characters in battle 😉.