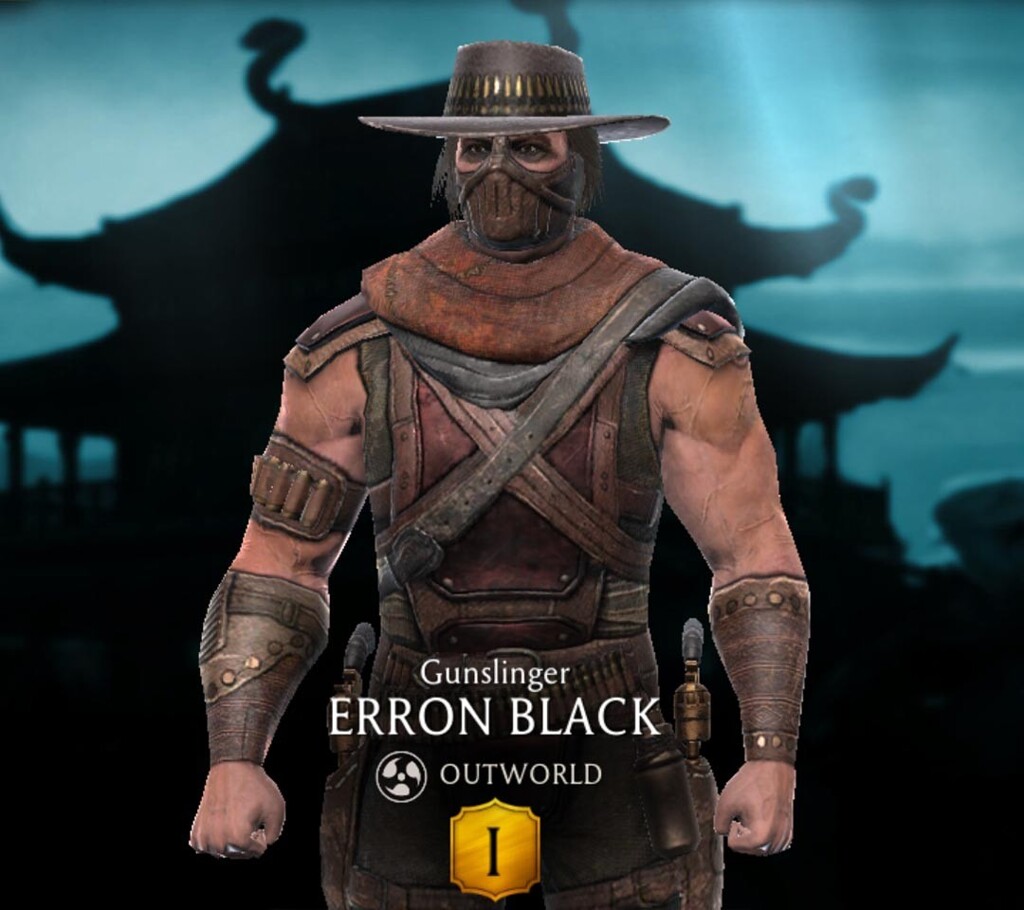 Erron Black - Gunslinger cannot be obtained from challenges, which is a pity, because he does incredibly good against Spec Ops characters, thanks to his passive. Having his signature equipment and a power generating equipment, he can finish all opponents with his special attack 2 and some basic attack damage. He is best teamed with Kitana - Mournful and Kotal Kahn - Sun God.

And here is a video review of Erron Black - Gunslinger:

Probably, the best challenge character in the game