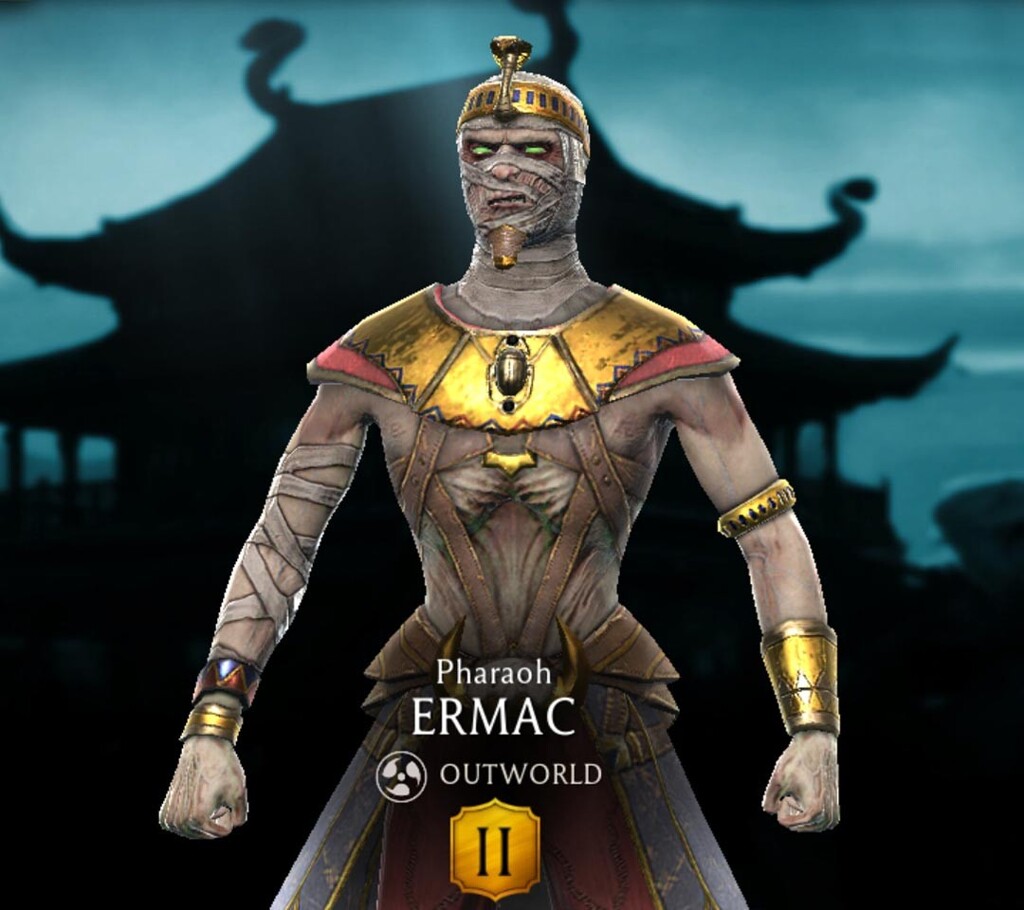 Ermac Pharaoh is the only challenge Ermac character. He has higher stats and better passive than the others as one would expect. His passive is a bit unclear, however, tests show that for each defeated or resurrected character, he reduces the damage by approximately 20% and increase the critical hit chance by about 10-15%. Because of that, he would be best teamed with characters that can resurrect.

When it comes to equipment, he does very well with his signature equipment and possibly a block-breaking one.

Fear of Souls: Damage Reduction, Critical Chance, Effect Stacking - For every character that is defeated, and for each opponent that resurrects, your team takes less damage and gains increasing critical hit chance. These effects stack. 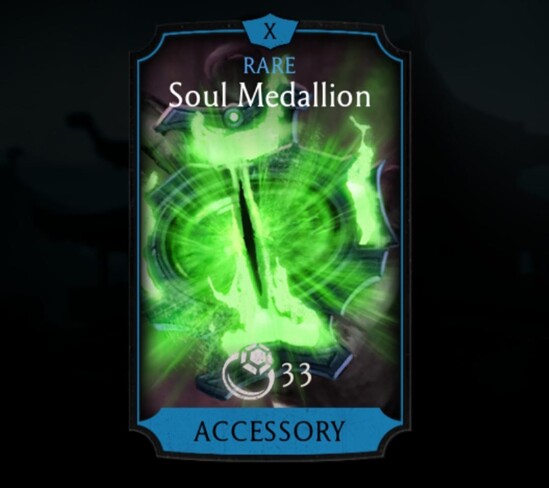 And here is a video review of Ermac - Pharaoh: